How to overcome frustration and enjoy the CAP under Covid-19: Stay positive!

My first year at Seoul National University taught me both possibilities and challenges for cooperation in Northeast Asia. Along with the courses I took, regular meetings among CAMPUS Asia members enriched my understandings of Japan, China, and Korea through friendly talks, fieldworks, and group projects. I was excited about the exploration in Japan in the following year, but due to the outbreak of Covid-19, I had no choice, but to learn how to interact with professors and colleagues through screen in my home country. After an eight month-long entry restriction, I was able to set foot in Japan and thanks to the empathetic support by administrative staff, I have been allowed to stay here longer with precious opportunities to finally meet friends in person and witness how the Japanese government and citizens have responded to Covid-19 and the hosting of the 2020 Tokyo Olympics. 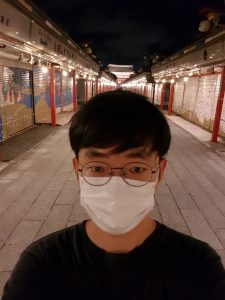 During the first semester at UTokyo, the CAMPUS Asia Joint Course was almost the only chance we CAMPUS Asia members could interact with each other. Despite such a restricted setting, I learnt a lot from lectures given by professors of the three universities about different approaches of CJK countries toward the United States as a rival for global supremacy and an indispensable ally for national security. Likewise, the worldview of the three countries differs according to their size of military capability and economy. On the cultural side, CJK countries have developed proximity through trilateral interactions for many centuries, leading to binding the people at the individual level on the one hand, but to complications at the political level on the other hand. For instance, the word “regret” could be translated as “유감,” “遗憾,” and “遺憾” in each language, but the linguistic difference naturally creates ambiguity, subsequent misunderstandings and frictions in diplomacy and many other situations. Even so, I came to realize that getting a grasp of such a nuance through heartfelt communications among CJK citizens is a necessary step to form a Northeast Asian identity. Overall, the course taught me that even though realpolitik serves as a barrier for regional peace, there is room for trilateral cooperation as long as CJK people are aware of its needs. 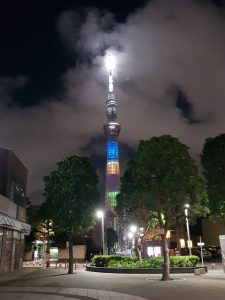 The GraSPP Policy Challenge I took in the second semester was a real challenge to me as everyone was strongly encouraged to participate in regular group discussions, which I was not very familiar with. Moreover, my group’s policy design and suggestion would be presented and assessed by renowned UTokyo professors, and then by Deans of the world’s most prestigious public policy schools in the final round! Fortunately, it did not take very long until my intimidation was turned into excitement and passion. I suggested my teammates to investigate what a future CAMPUS Asia Program should be like. Most of us were CAMPUS Asia members and we delved into possibilities to develop the existing program. We proposed a more inclusive model encompassing both Northeast and Southeast Asian high school students to help them to formulate “East Asian regionalism” through exchange programs. In the meantime, I could observe various policies and approaches taken by CJK and Southeast Asian nations. One clear thing is that education can be an effective remedy to political tension as it would train young people who are more like-minded, open to cooperation in the long run. We made it to the final stage and got an honour to present at the Global Public Policy Network 2021 where we received a positive feedback from Prof. Janow, who is Dean of the School of International and Public Affairs at Columbia University. 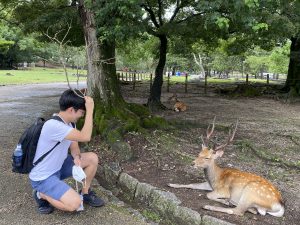 Outside of the online classroom, I travelled to various cities to indulge myself with tasty Japanese foods and ‘onsen’s while practicing social distancing as much as I could. As I walked on popular, but quiet streets while looking at many closed stores in famous touristic destinations such as Kyoto and Sapporo, I could easily feel that the pandemic ravaged local economy. On the other hand, I also saw hopes when passing by bustling streets in Fukuoka and Kobe where many youngsters enjoyed what they were doing. During the Olympics period, I watched many sports competitions, intensely rooting for the Korean and Japanese football teams with my friends. Amazed by wonderful performances made by Japanese athletes, I wished Tokyo would have been more vibrant with lots of international visitors enthusiastically celebrating the festival. Simultaneously gazing at the Olympic symbol hung on Tokyo Skytree and seemingly exhausted Olympic athletes sitting on a passage in front of the entrance of Sensoji where almost all stores were closed at night, I felt it imperative that Northeast Asia as well as the world unite altogether to fight back against Covid-19. 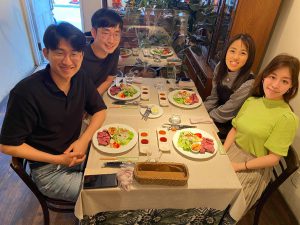 To sum up, my CAMPUS Asia Program at UTokyo has been filled with unexpected challenges and obstacles due to restrictions caused by the pandemic, but there were also joys thanks to the excellent student support from all GraSPP staff, to whom I would like to offer my sincerest gratitude.