Before joining GraSPP, the question that came to my mind was whether I could make a change if I pursued this program. Was it worth it to spend two years in another country where I am not familiar with anything at all? It seemed to be a natural question for a person to compare costs and benefits before making a decision. At that time, I would say I just wanted to escape from my workload to enjoy a long holiday in Japan. 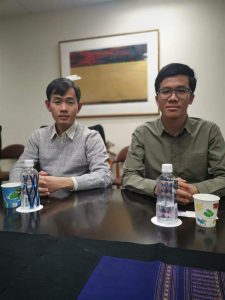 When I enrolled in GraSPP, things changed. My priority was studying. At first, I just wanted to pass and receive my degree, and that was it for me. However, as time passed, I just wanted to do better in my classes. There were many competitive students at GraSPP, so my first learning experience was to be competitive in a sense. I made a new goal to upgrade my skills and knowledge. There were many things to learn, but the most important thing for me was that I found something that I was interested in. GraSPP provided a friendly environment for studying. I learned that being ready would give you an advantage, so a strategy was the matter. Although to pass an exam was not so difficult, it was competitive to get a good grade.

Assessing the impact of GraSPP on my career and knowledge is quite a tricky question, but it is worth looking at. It is too early to evaluate whether GraSPP has any impact on my career. In terms of knowledge, it is another matter. I do feel equipped with additional understanding of economics-related topics. GraSPP is not just a policy department. It has a mixed curriculum with other fields of study such as economics, law, engineering, etc., so you can explore what you are good at. What I learned at GraSPP became a useful tool for analyzing the macroeconomic performance of my country. I became more confident when discussing with macroeconomists who are working on my country such as IMF, ADB, World Bank, and so on. 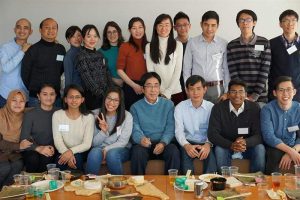 It is not that difficult to graduate from GraSPP; however, it is a better place to discover yourself. I do not think I am the best candidate at GraSPP since there are many potential candidates, and they are better than me in terms of education. Apart from being competitive, I think we are helping each other to grow. Students do not talk to each other much at GraSPP from my perspective; however, if you are willing to start a conversation, you will be able to make a lot of friends, and they are helpful. Specifically, if you are a foreign student, please try to make friends with Japanese students. They are nice and willing to help you, although they may be reluctant to talk to you at first. So, I would like to recommend GraSPP as a place to discover your potential related to public policy.