A student spoke on ways to enhance technology transfer for industrial cooperation between Vietnam and JapanFebruary 3, 2020

The past several years have seen slow and hard-earned progress in various initiatives in deepening economic integration in the Asia-Pacific region. Such initiatives include the Comprehensive and Progressive Trans-Pacific Partnership (CPTPP) and Regional Comprehensive Economic Partnership (RCEP), not to mention the existing ASEAN-Japan Comprehensive Economic Partnership. These FTAs may have two major impacts, inter alia, firstly to deepen the existing production linkages among member economies and secondly to expand and divert trade and industrial cooperation among member economies. Being members of various regional FTAs, Japan and Vietnam find common interest in developing joint production capacity to grasp the rising opportunities from those arrangements.

Despite years of deeper economic integration, Vietnam still encounters a couple of issues. Firstly, the share of foreign-invested enterprises in exports has been increasing. Secondly, the share of manufacturing in GDP has not increased significantly, although the sector attracted a largest proportion of new FDI into Vietnam each year. To address these issues, among the required measures are more drastic efforts to create an enabling environment for technology transfer into Vietnam. While more appetite for technology transfer is understandable, emphasizing the approach towards “forced” technology transfer would increase the concern for investors. In this respect, Vietnam and Japan need a meaningful policy research and dialogue to promote technology transfer in the manufacturing sector.

Against this backdrop, Central Institute for Economic Management (CIEM) under Vietnam’s Ministry of Planning and Investment (MPI) hosted a workshop titled “How could Vietnam and Japan create mutual benefit?—Engendering Japan-Vietnam Industrial Cooperation through Promoting Technology Transfer” for young researchers on November 22, 2019. After the internal screening, Dhimas Chandra Purnama, a second-year mid-career master’s student at GraSPP, was invited to speak on ways to enhance technology transfer from Japan to Vietnam in the context of Japan-Vietnam industrial cooperation. 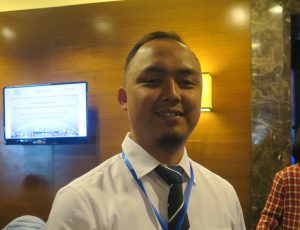 A company to start new operations in a foreign country is expected to bring its newest and advanced technologies. Technology spillover as “externalities” along with inward foreign direct investment (FDI) could be maximized by the host country through the effective transfer of technology mechanism.

However, the mechanism of transferring technology tends to be ineffective. One of the most common reasons is inward FDI without substantial technology transfer. Some researchers argue that multinational enterprises exploit local firms rather than diffuse their own technological advantages.

Among the countries in the South Asian and South East Asian regions, Vietnam has been a popular destination for FDI over the past decades. However, a massive inflow of FDI does not seem to have been correlated strongly with effective technology transfer. Technology transfer from foreign invested enterprises to local firms is seen as limited.

To maximize opportunities for Vietnam to become a high-income emerging economy while hosting a large number of FDIs with effective technology transfer, I propose that the Government of Vietnam promote joint ventures, which have several positive impacts for both foreign investors and local firms. A broader range of local firms could be recipients of externalities resulting from joint venture establishment.

Joint ventures in Vietnam, however, do not always have a happy ending. Back in 2008, there was an incident in which a foreign partner firm shifted technologies back to its home country and left the local partner firms nothing but the building, according to an article “Technology transfer continues to be a big issue in luring FDI” by Van Anh in Vietnam Investment Review (July 7, 2018). 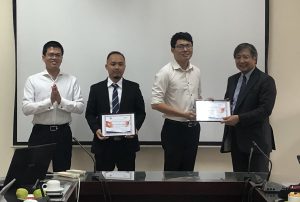