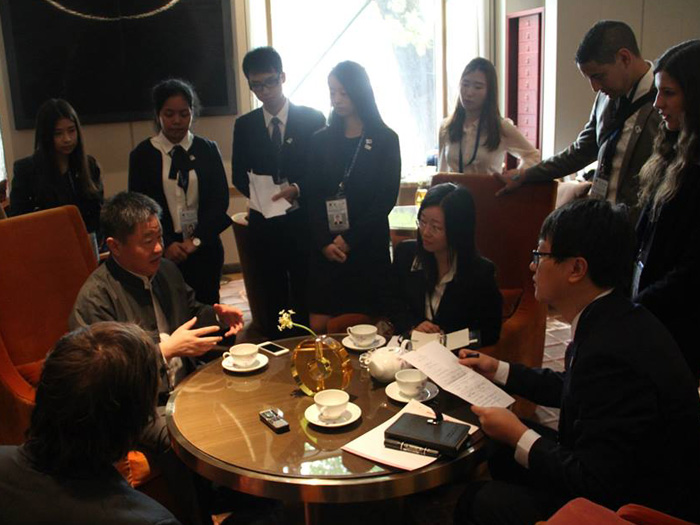 Trust Building. This simple word I continuously heard during the participation in APEC Voices of the Future (VOF) indeed symbolizes my experience and the responsibility of our generation.

Throughout VOF, we had various opportunities to hear the speech made by the world’s leaders in terms of politics, such as President Obama and Putin, and business, such as those from Johnson & Johnson and Nomura Holdings. Meeting with these people were of course one of the highlights in my experience, but at the same time, meeting with the participants of VOF gave me a huge impact. Because most of them are having sprit in their minds and willing to make efforts for the society they dream of, it gave me a motivation to go on for my own.

The program itself was mixture of experiencing both the traditional and modern China. Before the APEC CEO summit which is the main program of VOF, we were given various opportunities to witness China. We visited one of the local high schools in Beijing, and the scenery of Great Wall overwhelmed us. Discussion among the participants was also unforgettable. In addition to the official program, Japanese delegate had an honor to meet with Vice Minister of Economy, Trade and Industry of Japan Ishiguro. Throughout a week of VOF, I could gain precious experience and wonderful friends around the world.

To talk about encounter in VOF, I had two kinds of encounter: one is to meet with the business leaders who can change the tomorrow’s global business, and another is to meet with the global leaders who can change the tomorrow’s international society. In these encounter, what made me realize was the importance of “Trust Building”. Because I have been studying about Japan-China-South Korea relations, I was hoping to gain some of these leaders’ perspectives. I was eager to hear what they see about today’s difficult situations among these three countries such as what the major challenges is and what kind of future they would like to see. I heard many stories from the media or textbooks, but nothing can be more convincing than these change makers’ own words. After all the experience, what I got is “Trust Building”.

For instance, I met ABAC APEC Chairman Frank Ning and had the chance to ask him how he is seeing the recent situation of economic integration among three countries. Chairman Frank Ning raised “Trust Building” as one of the challenges for the future possible economic integration. In addition to that, when I talked with one of the representatives from AIA, he referred the same word, Trust Building, as one of the challenges we may face in business occasion. The importance of trust building was continuously emphasized by the global leaders from each nation as well even though not all of them used the same word. Needless to say, I was fully aware of the importance of trust building. However, it gave me huge impact to hear the same concept from these people who can make the actual changes in the world. When these people told us the importance of trust building, I realized that it indicates the responsibility of our generation. The meaning for us to attend this conference itself can be explained by this trust building. 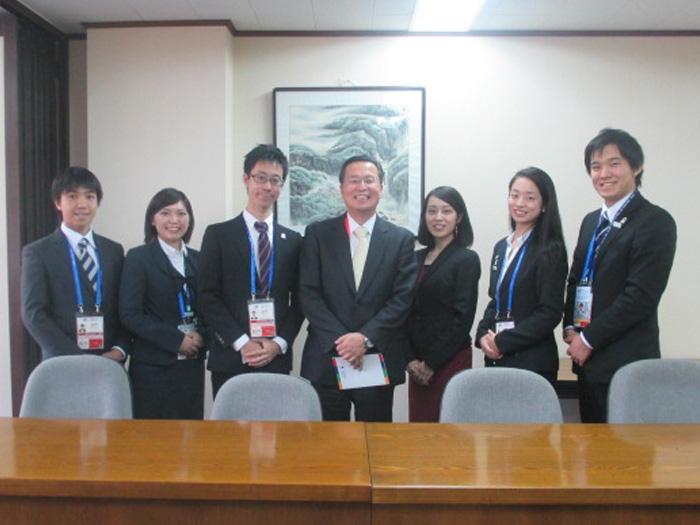 The power these change makers’ have was indeed overwhelming. By just standing there, they can leave huge impact. Therefore, experience for me to hear their words and feel their power is unforgettable for my own future. Next year of VOF will be in the Philippines. I sincerely hope that 2015 VOF as a whole to be successful, and Japanese delegation to have more experience such as to meet Prime Minister of Japan. Last but not least, I would like to express my great appreciation to the organizing committee in Singapore and other nations, related organizers in China, and Graduate School of Public Policy at the University of Tokyo.