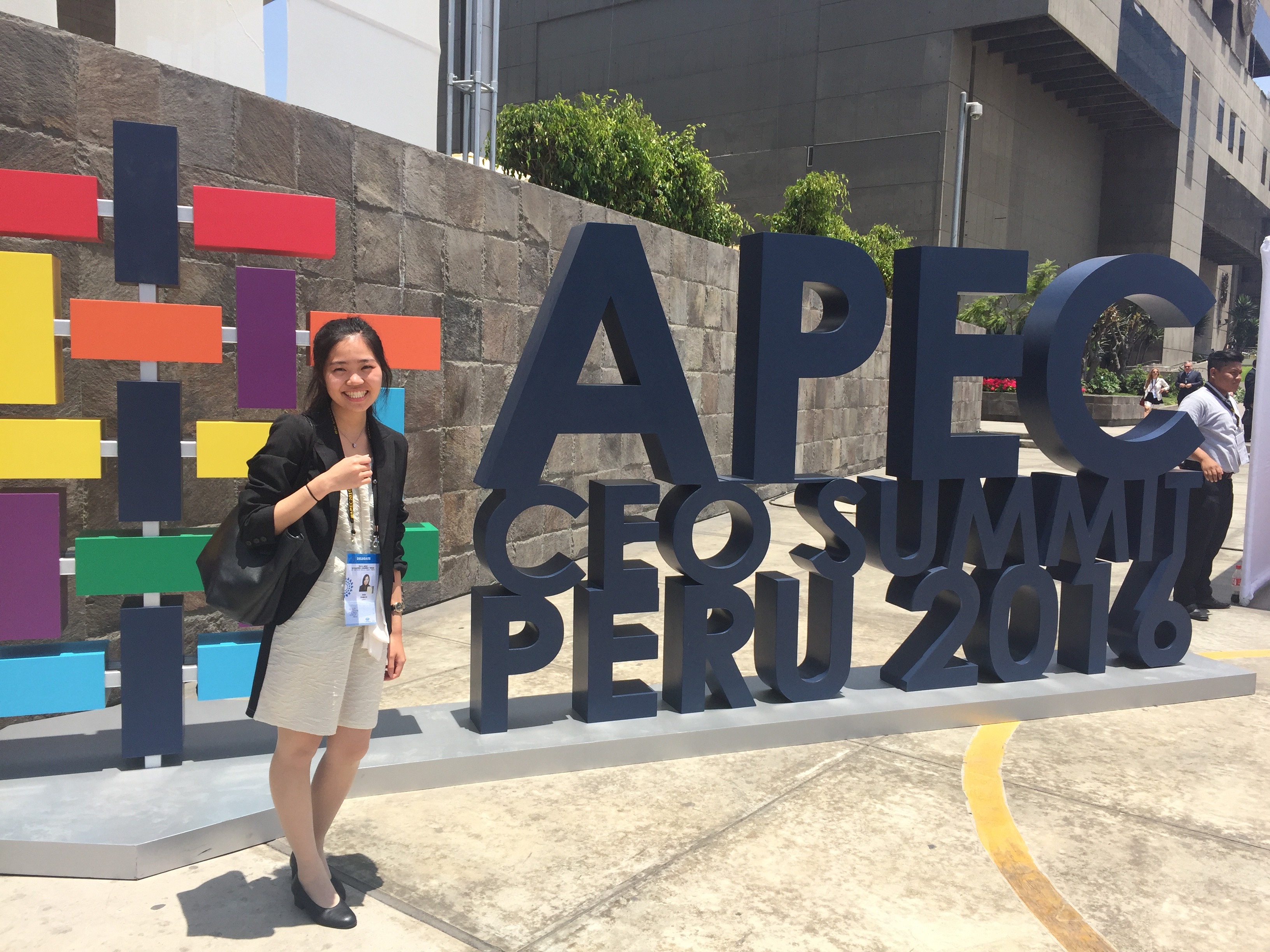 Excited and nervous, I took the 26-hour flight to Lima, Peru, traveling literally
three quarters of the world from Tokyo. I had heard many positive reflections of this
program, “APEC Voices of the Future (VOF)” but honestly I was slightly skeptical. How
different would it be to other international student conferences and what drivers force
participants into thinking that it is so life changing?

Although APEC VOF is mainly comprised of student delegates, I soon realized
that it was not a usual “student conference” with the main focus and emphasis on
cultural exchange or collaborative work. Such things were merely the tip of the iceberg.
As a VOF delegate, we were provided with an extensive list of amazing opportunities
including participation in the APEC Business Advisory Council (ABAC) and the APEC
CEO Summit that presidents, prime ministers and business leaders from more than 20
economies attended.

One of the highlights for me was the keynote address on women’s empowerment
presented by Christine Lagarde, managing director of the International Monetary Fund
(IMF). Growing global attention has been paid on women’s empowerment, with notable
figures leading campaigns such as Emma Watson’s “He for She” movement or Michelle
Obama’s “Let Girls Learn” initiative. However, Lagarde’s speech truly convinced me of
the potential of women- how much has been ignored in the past years and what we, as
the current generation can do to expedite measures to achieve gender equality.

I was happy to hear her positive comment on Prime Minister Abe’s Womenomics
movement, claiming that Japan’s GDP has the potential to grow by 0.4% if more women
continually enter the workforce. Her insights and global examples towards current
fiscal policies such as the taxation policies on the family’s secondary earner or family
support policies allowed me to see the advantages as well as the disadvantages that
each country is facing. For instance, she provided an example of how in Chile student’s
school hours were extended in order to support mothers with extended work time. As a
Japanese female citizen, such encouraging example provides an optimistic view towards
how further progress can be made for working women. Particularly because Japan
currently faces a huge issue regarding lack of childcare facilities, her speech allowed me
to realize that I have to be a part of this active change. It depends on each individual of
the current generation to provide change for the future: it is up to us to create a socalled
“sustainable” environment that so much attention has been put on especially in
the past few years.

Having the opportunity to gather with active and bright delegates from all
around the world was truly rewarding. As I was also part of the declaration drafting
committee, I had the chance to debate with each country’s representative to discuss
their views on quality growth, human development, and regional integration. Although
our core underlying aims and goals towards a sustainable development for the future
generation was the same, priorities, perspectives and approaches differed drastically.
From the Japanese perspective, as we are a developed country, focuses tend to be put on
third generational human rights, including female empowerment and promoting
diversity. However, delegates from developing countries tended to stress second
generational rights such as equal education and health care. This discussion allowed me
to recognize that communication is pivotal.

Of course, communication is the driving factor in getting to know people on a
personal level, but even on an academic level, misunderstandings rise without thorough
communication and in-depth explanation. This exercise certainly helped to realize that
underlying values and social environments frame the way concepts are understood and
internalized. There is no one right answer to an issue, and that is what makes it even
more interesting. I am blessed and thankful to have been able to attend this amazing
event this year, and I will cherish the memories, lessons, and new friends I made
through the one week I spent as an APEC VOF 2016 Japanese delegate.