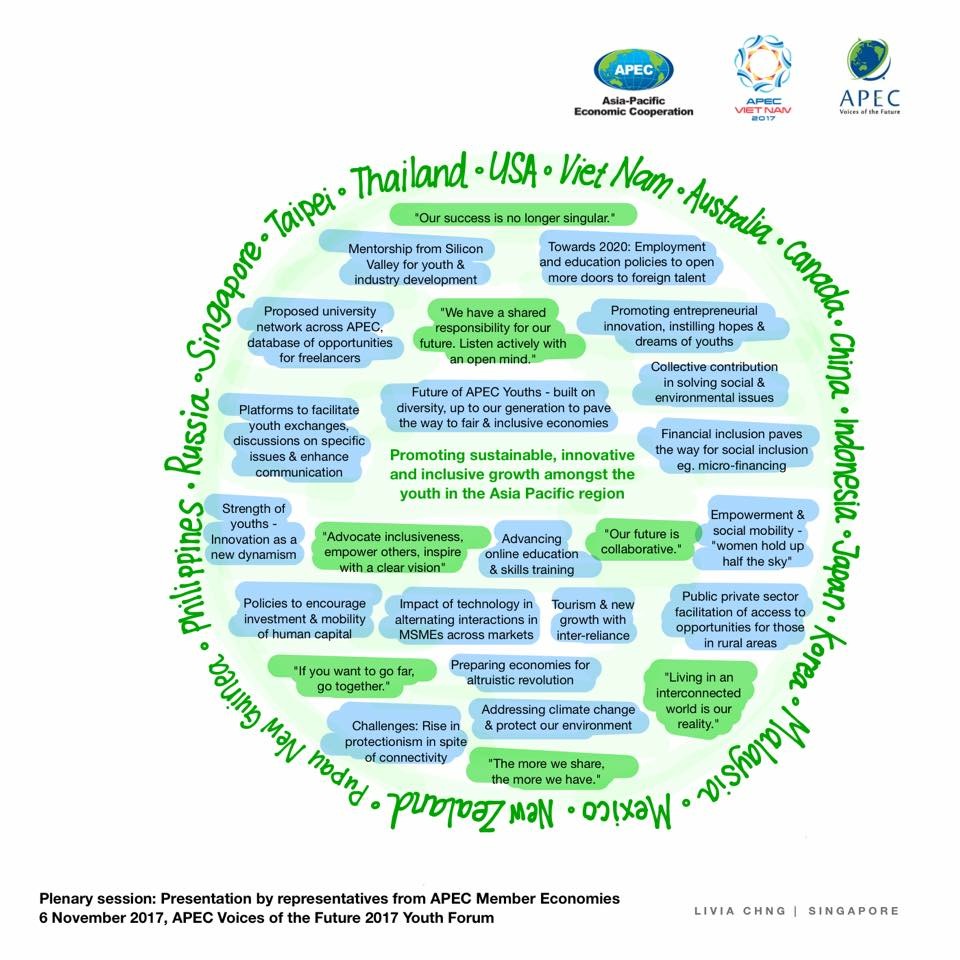 Throughout the short yet invaluable week in Da Nang, Vietnam, I was truly amazed and inspired by all the educators and delegates from seventeen economies who participated in the APEC VoF this year. Before traveling to Vietnam, our delegation had the privilege of meeting ABAC Support Council members, officials from Ministry of Foreign Affairs APEC Division, and Director General of the Economic Affairs Bureau at MOFA. During these meetings we learned not only about APEC itself, but what Japan claims with its strengths and challenges. Although our delegation initially highlighted women’s empowerment and aging society as the priorities in our speech, after the briefing with Director General we shifted our focus to “what we as youths can advocate”. This led us to draft our speech on immigration and how Japan aims to attract foreign talents to study and work in our country.

During our stay in Da Nang, we not only had the opportunities to listen to other fellow delegates, but also to hear from leaders and CEOs during panel discussions and key note addresses by presidents and prime ministers. Active dialogue on the future of work and education embodied our mutual understanding and concern with the rapid development of technology. Meanwhile, the remarks made by business key persons such as President of Eurasia Group Ian Bremmer and Co-Founder of Airbnb Nathan Blecharczyk were vivid and eye opening.

Our means of transportation was mainly by bus, and in the conversation with delegates from Australia, China, and Canada, I was surprised to witness Japan’s soft power. Some students mentioned manga and anime to kick off a conversation and Prime Minister Abe’s super Mario costume at the closing ceremony of last year’s Olympics in Rio was mentioned as well. At the cultural night, which was hosted as the closing of the VoF program, we taught other delegates how to fold cranes with origami paper. Japanese delegates were wanted in every picture taken with our traditional yukata.

The program entailed so many encounters and valuable moments, but the most memorable moment for me was on the last day of the program, when we run into Prime Minister Abe as he came in for one of the APEC leaders meetings. He encouraged us with kind words as we elaborated on our program, and I hope future delegates will be able set up a meeting with the Prime Minister during the APEC CEO Summit. I am thankful to the long lasting friendships with youths from across the Asia Pacific region, as well as everyone who made the Voices of the Future program possible. 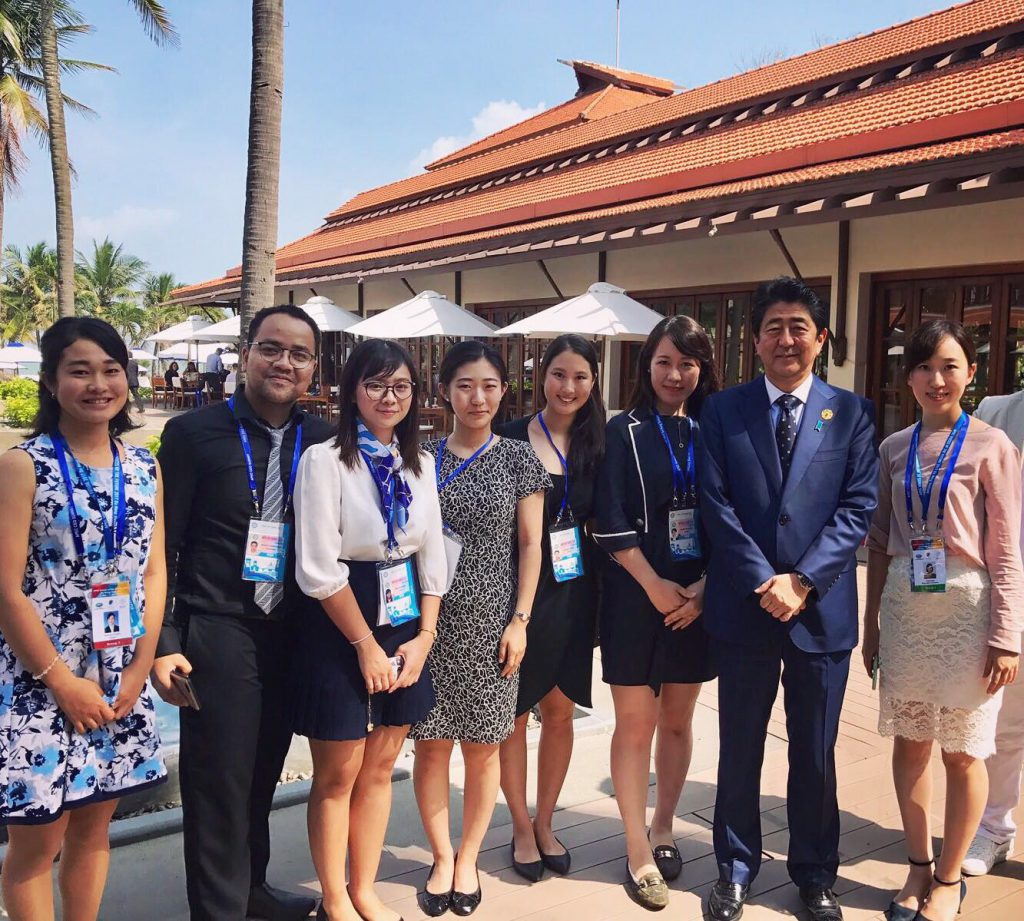 Prime Minister Abe and Voices of the Future delegates from Japan, South Korea, and the Philippines 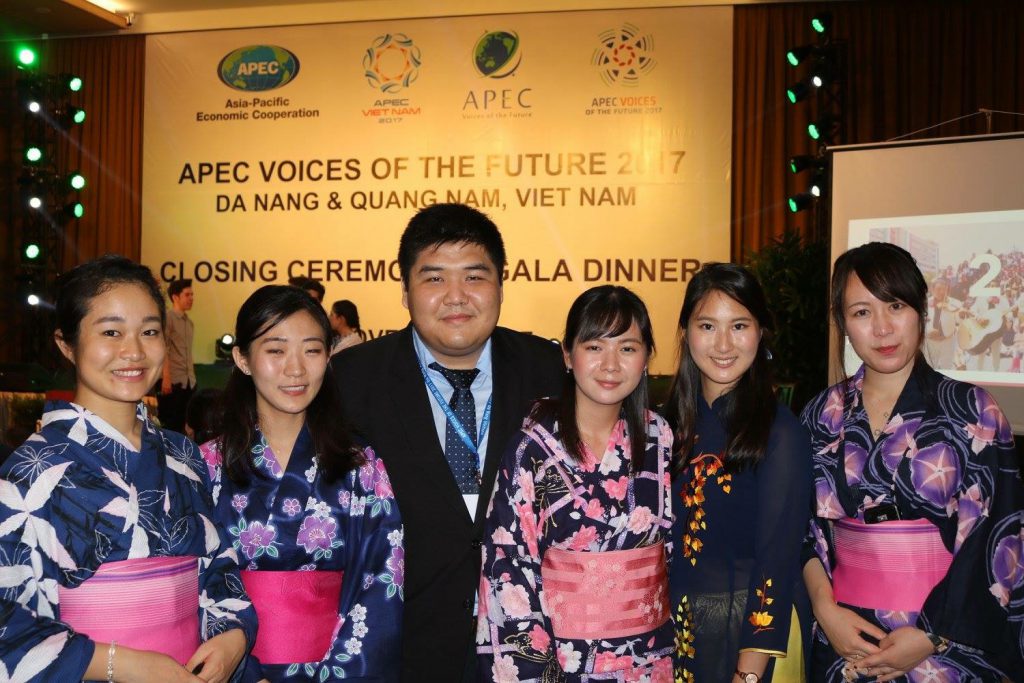 Delegation from GraSPP at cultural night