From November 5th to November 11th, I had the opportunity to attend the APEC Voices of the Future Program 2017 as a delegate representing Japan. Prior to attending the summit, our delegation had the privilege to meet with members of the APEC Business Advisory Council and government officials from the Ministry of Foreign Affairs, Economic Affairs Bureau. The meetings included Mr. Kanji Yamanouchi, Director-General of the Economic Affairs Bureau, and representatives from the APEC Division. These insightful meetings enabled us to understand the challenges Japan faces, Japan’s stances, and its role in the Asia-Pacific Region so that we could better prepare for the program.

One of the highlights of this program was having the opportunity to hear from global leaders. At the opening ceremony, Dr. Noeleen Heyzer, former United Nations Under Secretary-General and Executive Secretary of the UN Economic and Social Commission for Asia and the Pacific (ESCAP), spoke about how youth play an important role in shaping the future, and encouraged us to take action to make a change. Such words allowed me to think about the privilege we have and our responsibility to make the world a better place. Furthermore, she spoke about global challenges that we must tackle, such as climate change. During our stay in Vietnam, I saw how the beautiful city of Hoi An was heavily affected by flooding. Seeing such damage with my own eyes showed me how global issues cannot be resolved by one economy. During the APEC CEO Summit, we were able to meet Mr. Masamichi Kono, the Deputy Secretary General of OECD, who was one of the panelists in the APEC CEO Summit session on the theme “Future of Work”. As a student who will be working soon, it was encouraging to hear what kind of policies are taken internationally, both in the public and private sectors, regarding “robotification” and the development of Artificial Intelligence (AI).

Having the chance to meet and discuss with other delegates from around the world widened my view. Delegates ranged from students in high school to those already working. Being able to have discussions with such diverse counterparts enabled me to broaden my perspective and allowed me to understand more about each economy. As a declaration writer, I took part in writing the youth declaration for the sub-theme on “Human Resources Development in the Digital Age”. Throughout APEC, one of the main topics discussed among both political and business leaders was the impact of AI and big data on the future. As youth, we included in the declaration, “the importance of establishing a platform to enhance education through big data and to increase opportunities where talents among economics can engage with diverse business and society.” By discussing with my counterparts from around the world, I learned how there is still a huge gap between developed and developing countries. For example, I was astonished to hear from the delegates of Papua New Guinea that a large amount of their population still does not have access to the internet and smartphones. This experience made me realize the importance of first understanding and hearing directly from different economies. Despite our different backgrounds, I learned that we all share the same passion for trying to make the world a better place. I am certain that the friendships we have developed over the past week will continue, and I hope someday that we will be able to work together in the future.

Last but not the least, I would like to say thank you to Professor Nishizawa, Ms. Aoi Ohno, Pengru Tan, and the Japanese delegates (Miyuki Tsuru, Midori Nishida, Asami Takahashi, and Kasumi Fujita) for giving me the opportunity to participate in this program, and for making my experience at APEC unforgettable. 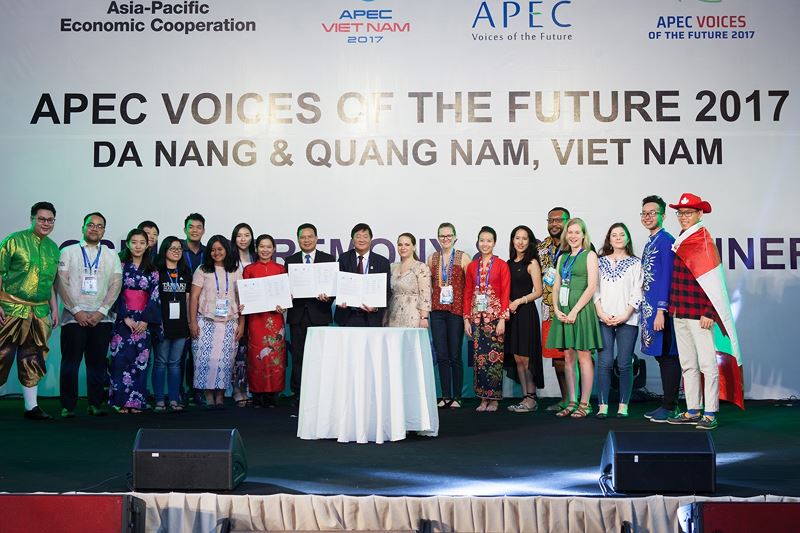