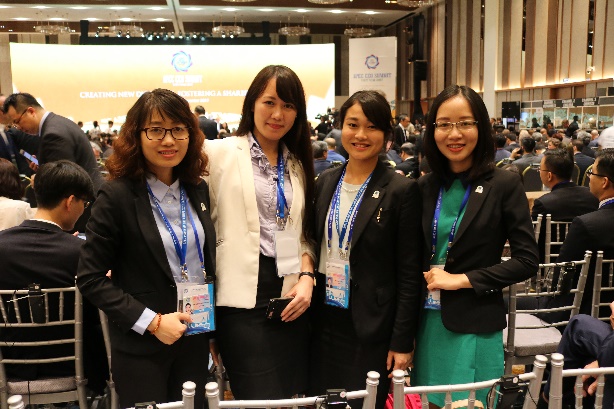 From 5th Nov to 11th Nov, I was fortunate enough to be able to attend the APEC Voices of the Future 2017 meeting which was held in Da Nang, Viet Nam. Not only the APEC meeting, however, but its process to Da Nang was very inspirational. Moreover, during my stay at Da Nang, I had many chances to think about how Da Nang was both geopolitically and culturally important as a host of the APEC 2017 meeting.

During the process of drafting our declaration paper as a Japanese delegate, our educator Miyuki, organized a session in Japan for us to meet Mr. Yamanouchi, the Director General of Economic Affairs Bureau of MOFA. The opportunity was very inspirational in a way that Mr. Yamanouchi has advised us on focusing on the issue that Japanese government often tend to avoid discussing about. That piece of advice determined us to focus on how Japan should not look away from the wave of increasing foreign labor forces, and how Japan should open its door to the developing nation workers who are seeking for opportunities in Japan. The dialogue with the members of APEC Division of MOFA and the members of ABAC Supporting Committee was as inspirational as the former one for they have provided insight for us to think about the current situations in Japan in terms of business sustainability.

The trip to historical areas of Da Nang was an unforgettable experience. We visited the Quang Nam Peace Village, the Tam Thanh Mural Village, and the Hoi An Ancient Town. I was shocked to know the fact that disabled veterans and their descendants who are currently suffering the effect of toxic chemicals that were used during the Viet Nam war was living in the Quang Nam Peace Village. It made me ponder about all the sufferings that the local citizens had to bear during the Viet Nam war, and how it is a tragedy, because next generations too are the victims of the war. I believe this visit was very important because we were able to see what Vietnamese government should achieve at the APEC on top of the tragic history. Seeing the city of mural arts and lanterns were great experience as well since I was able to see how locals of Da Nang are trying to build their own villages to attract tourists and convey their traditions to the outside world. Although there are pros and cons of effect, I was very satisfied to learn the influence of APEC to the Da Nang community and what APEC means to the locals through cultural experiences. APEC is not just an economic dialogue, but it is also an opportunity for the big leaders and delegates of the 21 economies to look deeply into the host’s economic situation and get an insight on not leaving the locals to the worldwide economic integration. 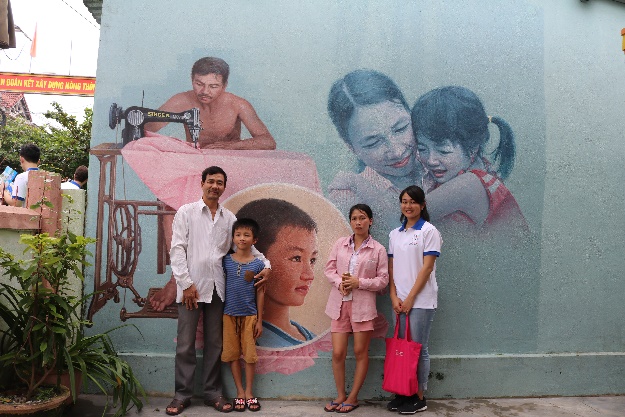 I highly appreciate this opportunity to be able to attend the APEC meeting in Viet Nam. Being able to meet our Prime Minister Shinzo Abe was an honorable experience as well as I was able to gain insights from all the CEO summit sessions. Interactions between the potential young delegates from 17 economies were very inspirational as well for I was able to express the current situation of Japan and learn the situation of the counterpart. On top of these official events, cultural trip to the local parts of Viet Nam made me think about what “fostering free-trade” means to a developing nation like Viet Nam, and how it is very important to pick-up the voices of the local citizens of the region.