Japan Station in the Journey of Life

Last year, I had the chance to attend the 3rd PKU-Todai Forum in Japan. During the three-day journey, the only two places I visited besides Todai are Shinjuku and Ueno Park. This time, thanks to the program, I went to Osaka, Kyoto and Okinawa, and I plan to visit Yokohama and Kamakura. Apart from these cities, I spent many weekends in museums, palaces and markets, where I got to know Japanese people’s living and thinking style from the past to the present.

Personally, I have a strong interest in history and that has become my main focus wherever I go. I was especially impressed by the trip to Okinawa, through which I got to know much about this prefecture’s glories, sufferings and expectations. At Shurijo Castle, we learned a lot about the ancient history of the Ryukyu Kingdom, including its architectures, rituals as well as foreign relations. As a Chinese student, I believe that the ancient Ryukyu Kingdom was largely influenced by Chinese culture and values, while the Kingdom also incorporated local innovations and beliefs. To understand the Okinawans war experience, we visited the Himeyuri Memorial Tower and a cave named “Itokazu Abuchiragama”. We walked on the roads that the victims have once walked on, and even turned off all the flashlights to experience the darkness that was once experienced 73 years ago. At the Peace Memorial Park, I was really impressed by the way the Okinawans told the story of the war. The Chinese always picture Japan as an invader while forgetting that in the Battle of Okinawa, local people were also victims of the US military. We were able to see the Futenma Military Base from a platform of the Kakazu Takadai Park, and learned about how the existence of the US military bases has influenced the daily life of people living nearby by talking to the mayor of Kadena Town. In addition, officials from Okinawa Liaison Office, Ministry of Foreign Affairs introduced the particularity of the office and shared many interesting details of Okinawa. It can be obviously felt that today’s Okinawa still lives under the shadow of the war, resulting in its comparatively slow economic development. The professor from Okinawa International University told us that in the future, Okinawa would put its main focus on further development of its tourism. Through the visit to the RYUX Inc., we also found that Okinawans desired to make full use of local advantages and achieve great economic success.

Apart from the field trip, I also took some courses at Todai, from which I learned a lot. Every morning from Monday to Friday, I had to get up early to catch up with my intensive Japanese class. Sometimes the difficulty of taking the morning subways really annoyed me that I thought about giving up. But now, I miss those mornings very much and my Japanese abilities have improved a lot compared to the first day I came here. The weekly CAMPUS Asia joint course invited professors from the three universities and they introduced different issues among the trilateral relations from various perspectives, which provided a precious opportunity for us to strengthen mutual understanding. All in all, it is my pleasure to spend one semester in GraSPP, which is both a continuation and an extension of my five years’ study of international relations in Peking University.

The initial motivation to join this program was the familiar and unfamiliar images of our two neighboring countries in my mind. A famous ancient Chinese poet once said, “Everything must be only done then been understood profoundly”（纸上得来终觉浅，绝知此事要躬行。——陆游《冬夜读书示子聿》）. Guided by that principle, I came here for experience and by now, I have benefited a lot from the program. However, enjoying myself should not be the terminus of my journey. Not only should I be a taker, but also I ought to become a giver. After I leave Japan, I want to continue making contributions to the program. 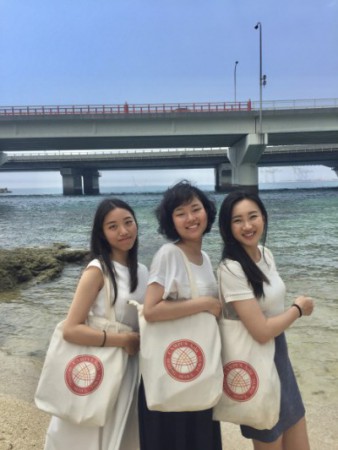 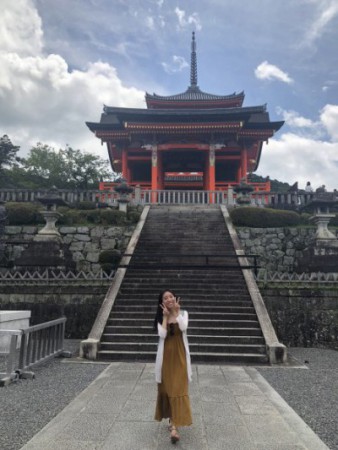