To strive, to seek, to find and not to yield 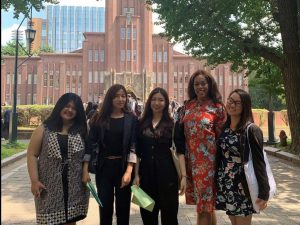 ーFrom Bhutan to GraSPP
I was doing my Bachelor’s degree in Bhutan when I was selected for a 2-week cultural exchange with an educational institution here in Japan. After graduation, the same institution that we had the cultural exchange with gave me an opportunity to study and agreed to sponsor my education. This opportunity came to me when I was in dire need of funds and scholarships to be able to afford a higher education. University of Tokyo was then the only university I was interested in and the only university I applied to. My Bachelor’s degree was in English Literature and Environmental studies but I always had a keen interest in international relations and politics as well. I saw that GraSPP had an International Program with English as the medium of instruction and that was a huge plus since my Japanese language skill’s very lacking. I also found out that if selected, I would be the first Bhutanese at GraSPP and the prospect of representing my beautiful country at the best school in Japan was all the incentive I needed. Everything started falling into place and it was clear that GraSPP was THE place for me. 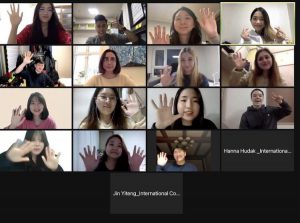 ーLiving and studying in Japan
I knew Japan was going to be a beautiful explosion of culture because I used to go to those annual Japanese cultural festival in Bhutan. And then I came to Japan and the first thing that blew me away was the cleanliness of the surroundings. With no trash cans in sight and still have nobody litter, is still a big shock to me. The civic sense among the Japanese is something I try to emulate. I had a wonderful first semester at GraSPP. The friends and acquaintances I have made are such great minds and souls. In the first semester, we had a lot of late-stays at school but also a lot of nomikais so it was a good balance. Then the pandemic hit and I have been studying online since. I enjoyed the online classes and loved the fact that I could use my commuting hours to get more school work done. I am an ambivert, so staying in or going out is both something I am comfortable with. I know the pandemic has horribly affected all our lives directly or indirectly but it has taught me so much over the last year and half: I am experimenting with my culinary skills, getting a lot of readings done and it is teaching me to appreciate all my relationships because of the distance. 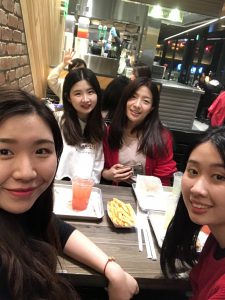 ーJoining the CAMPUS Asia Program
After living in Japan for few months I realized that I did not have enough knowledge about East Asia, its cooperation, and the economy. What attracted me to CAMPUS Asia Program was the design of their program. I would have the opportunity to learn in not two but three of the top universities in Asia and that too in the CJK nations (a combination that came up in most of the modules that I was studying). Of course, when I applied the world was pandemic-free. It was a bit disappointing that I could not go go to China or South Korea. Nevertheless, I am impressed with the classes that I attended online. Though I was not there physically, the virtual classes were as informative and as resourceful. The professors made sure that we had everything we needed. I thoroughly enjoyed all my classes and I’m still in touch with few of my classmates from PKU on social media.

ーBuild and maintain cross-border connections
I am already making use of my experience at GraSPP in my daily life. GraSPP has taught me the importance of building good connections with people and maintaining that connection. As the world becomes more interdependent, I think the responsibility of making sure that this interdependence stays peaceful, falls on all of us, which is why maintaining a respectful connection with everyone is imperative. Japan has been a helping hand in building Bhutan’s economy since the Japanese agricultural expert Keiji Nishioka was dispatched to Bhutan in 1964. Japan’s ODA since then has been at the center of the two nations’ bilateral relations and I also happen to have Japanese sponsors kindly helping me get my dream education so it makes me feel even more appreciative of the Japan-Bhutan relations. I hope and pray that my future career would in some way contribute to this beautiful bond.