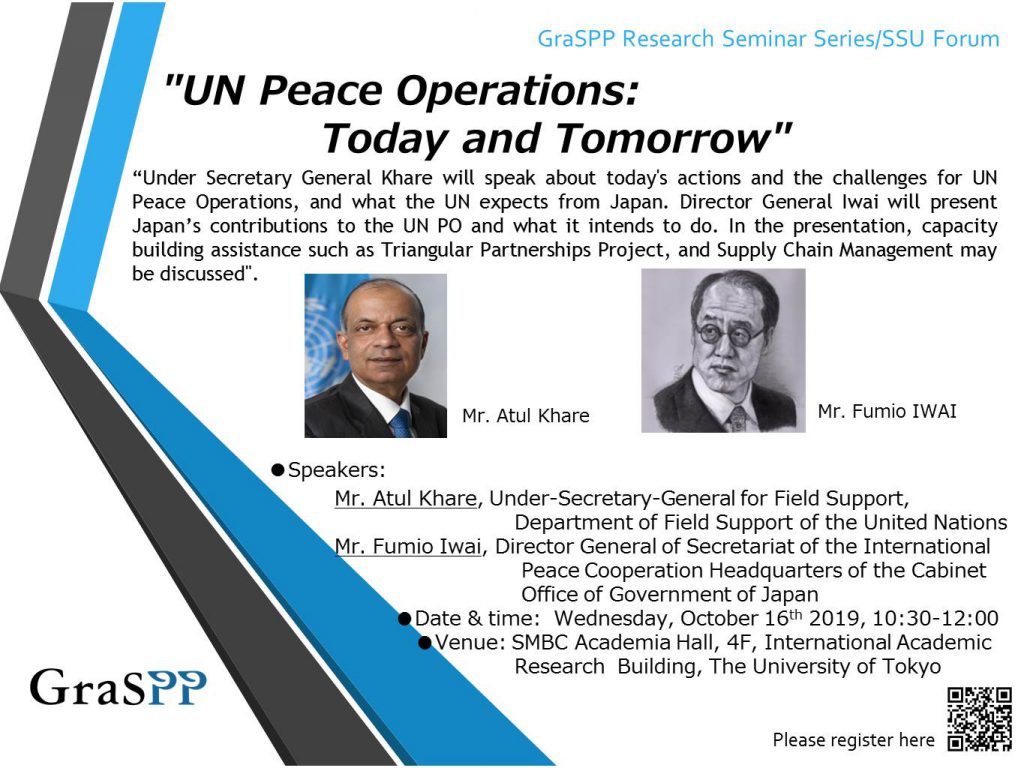 Registration: Needed. Please register from the link below.

There are 50 conflict zones around the world today, and the characteristics of violent conflicts has shifted from international conflicts to the conflicts between non-state and cross-border actors. Consequently, the United Nations is required to operate in increasingly complex situations.

Drawing on the perspectives of the organizations they represent, the two guests will shed the lights on the operational challenges of United Nations POs, operational reforms, the triangular capacity building projects, gender parity, and other actions that the UN and Japan are taking.

Mr. Fumio Iwai has been Director General of Secretariat of the International Peace Cooperation Headquarters of the Cabinet Office of Government of Japan since 2018. In prior to his current position in Tokyo, he was Ambassador Extraordinary and Plenipotentiary in Iraq. He has served for 34 years in foreign service, holding positions such as Deputy Director-General of Middle Eastern and African Affairs Bureau of the Ministry of Foreign Affairs, Deputy Consul-General of Japan in New York, and Minister and Deputy Chief of Mission of Embassy in Saudi Arabia. He studied law at Kyoto University. Born in 1960, he is married.