The Graduate School of Public Policy was delighted to host Dr. Carolina Boniatti Pavese, lecturer at the Pontifical Catholic University of Minas Gerais (PUC Minas, Brazil), who delivered a lecture about the topic of “The Rise of Nationalism and the Future of Regional Integration in Latin America: The Case of Brazil (and a parallel with the United States)”. The session was chaired by Dr. Roberto Orsi, lecturer of international politics at GraSPP. 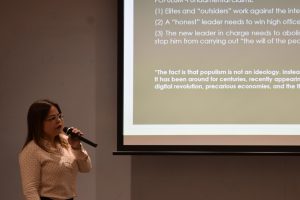 Dr. Pavese introduced the profile of Brazil and its political history, providing the essential figures of the country and reconstructing its recent political past, since the end of the military rule in 1985. Brazil is a complex country, being one of the largest in the world, with a population of over 200 million people. Although the nominal per capita GDP is slightly below 10,000 USD, because of its size, the country is one of the top 10 largest economies in the word. However, income is distributed very unevenly, so that economic inequality and its social and political consequences are very visible.

In terms of political structure, Brazil is a federation, but has a high degree of centralisation in the hands of the President, who is elected for four years, with the possibility of being re-elected for a second consecutive term. Following Cardoso’s presidency (1995-2003), the country has been swept by left-wing populism, as other Latin American nations. This movement led to the election of President Lula and of his successor Dilma Rousseff. President Rousseff was later impeached in 2016. In 2016-2018 she was succeeded by Michel Temer. In the meantime, the tide turned from left-wing populism to right-wing populism.

This kind of conservative or even reactionary populism is of course not unique to Brazil. Dr. Pavese illustrated its main features by looking at the rise of Trump in the US and at authoritarian figures like Orbán, Salvini, Erdogan, and others.

In Brazil, the shift towards right-wing populism has meant the election of Jair Bolsonaro as President in late 2018. President Bolsonaro has been a very controversial figure in the country and worldwide for his numerous controversial statements, particularly those concerning women and homosexuals, as well as because of the radical policies he seems to be advocating, with some of them being potentially dangerous for the democratic constitution of Brazil. These policies range from extreme violent measures to tackle crime, which is currently at very high levels and has certainly played a role in Bolsonaro’s electoral success, to economic reforms and a general re-orientation of the economy towards a less globalised, more inward-looking economic model. 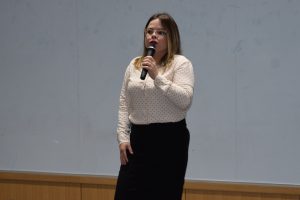 Dr. Pavese expressed her concern for many of the initiatives prospected by President Bolsonaro, stating that Brazil risks political and economic isolation if such policies were effectively pursued, with the danger of producing severe damage to the constitutional order as well.

In the Q&A session, several questions were raised concerning the future trajectory of Brazilian politics, which remains very uncertain as the election on Bolsonaro represents a step in the direction of increasing radicalisation in an already very divided country. 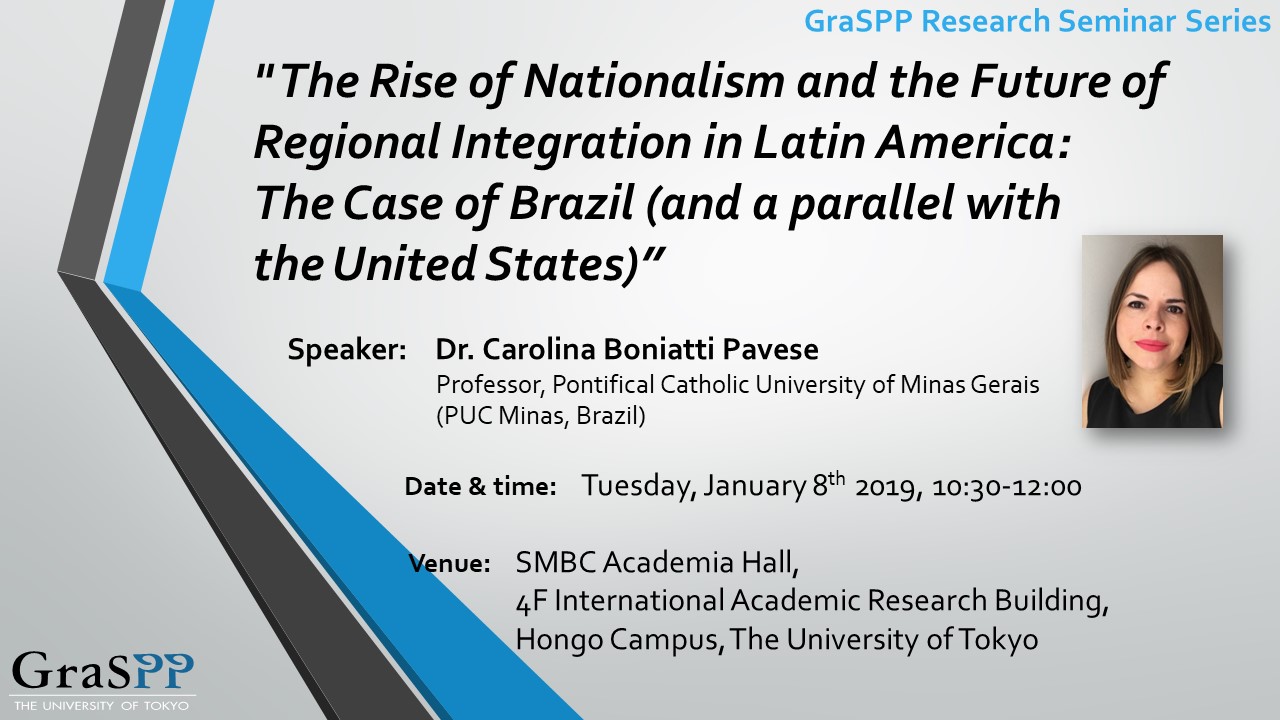 The surge of populism and nationalism in different countries calls into question the future of liberal international order. In the United States, the Trump’s administration has adopted a selective approach to free trade agreements. Such measures include the US withdrawal from the Trans-Pacific Partnership (TPP), the putting on hold the negotiations of the Trans-Atlantic Trade and Investment Partnership (TTIP), and the renegotiation of NAFTA, not to mention the current “trade war” with China. All together, these political choices suggest a growing skepticism with relation to regionalism and the established rules of free trade.

North America is not the only region to witness this trend. Further South, in Brazil, the election of Jair Bolsonaro consolidates a turn-around from left-wing governments, and a move to conservative, nationalist leadership. Due to start his first term as a President in January 2019, Mr. Bolsonaro has adopted a political discourse that combines key aspects of the new populism and nationalism, with old elements borrowed from military, which ruled Brazil during the dictatorship years (1964-1985). Brazil’s newly elected president has promised to approach economic and trade relations in a similar fashion to his North-American counterpart, stating his intention to revisit bilateral relations with China as well as membership of key regional integration agreements. While still sheer political statements, these declarations are particularly threatening to regionalism in Latin America when considering that direct presidential interventions have historically played a crucial role in the development of every integration process in the region, not to mention that Brazil is the hegemonic regional power and, therefore, very relevant to these processes.

This scenario poses questions worth discussing: How does the emergence of populist nationalism in Brazil threaten regional integration in Latin America? What parallels can we draw from Trump’s approach towards regionalism? And, more broadly, what can we speculate about the continued relevance of regionalism?