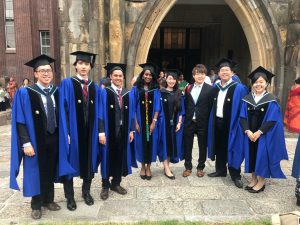 The two years spent at UTokyo GraSPP was a period filled with learning experiences in various disciplines and invaluable opportunities encountering with the current and future leaders of different sectors. MPP/IP is a program where more than half of the completed class credits could be taken in English. It also offered a number of overseas opportunities for students. I was thus able to leverage my overseas experience and language ability as a returnee student who completed my high school degree overseas and obtained a Bachelor’s degree in a wholly English program in Japan. When I was considering my application for GraSPP, it would have been difficult to understand the possible experience as a MPP/IP student, without the guidance of a senior alumna with similar background. Looking back at my student life, I hope that shedding light on my experience would be helpful to both the current MPP/IP students and Japanese undergraduate students who are considering their applications for GraSPP.

GraSPP will open various doors for students who are interested in a career involved with policymaking in the future. Their careers can go in the direction of academia specializing in public policy research; government officials partaking in policymaking; private sector think thanks that influence public opinion around public policy; practitioners implementing policies in the frontline, and many others. 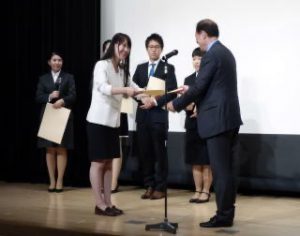 Based on my education and experience in an international school, I hoped to immerse myself in diplomatic policies, not only for national interests but also to elevate international interests. At GraSPP, students are able to build a solid theoretical foundation through mandatory classes such as economics, while having the latitude to choose classes in topics of interests. I took advantage of the flexibility to learn the necessary theories and problem-solving frameworks from an esteemed and experienced faculty at GraSPP with prominent academics in international relations and former senior government officials. In addition, I was enrolled in a multi-disciplinary program with students from different faculties – the Global Leadership Program for Social Design and Management (GSDM). Through the program, I had the opportunity to visit Washington D.C., New York City, Princeton in the US, and Beijing in China with many international students, carrying out research and discussions that transcend national borders. As a result of the experience, I was able to deepen my knowledge and understanding of foreign policy, as well as consider different career possibilities. 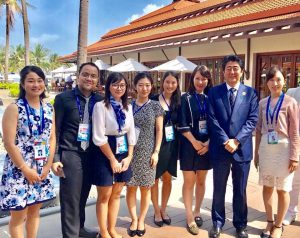 Prime Minister Abe and Voices of the Future delegates from Japan, South Korea, and the Philippines

Apart from gaining academic knowledge, there were also many opportunities to purse extracurricular activities. In November 2017, I participated in the official APEC youth program (APEC VoF) held in Da Nang, Vietnam, as a member of the Japanese delegation. Through the process of discussion and negotiations about proposals amongst students from various APEC participating economies, I experienced both the fun and the difficulties of multilateral diplomacy. While in school, the NGO which I led, organized two summits inviting global female leaders to speak to approximately 200 student participants. Leveraging on this experience, I served as an adviser to World Assembly for Women (WAW!), an international  conference organized by the Japanese government. Through this experience, I was able to work with prominent representatives of international organizations and academic scholars to exchange views and make recommendations on promoting women’s empowerment. In the summer of 2018, I received a scholarship from Friends of UTokyo (FUTI) and Tobitate to study abroad at UC Berkeley for one semester. While studying abroad, I interned at a Japan overseas mission and attended a leadership program sponsored by the S&R Foundation in Washington D.C. and New York City. Through meeting and conversing with experts from the public and private sectors, I affirmed my aspirations in building a career as a policymaker. Hence, when I returned to Tokyo in January 2019, I started preparing for the National Civil Service Examination and summer interviews at government agencies. 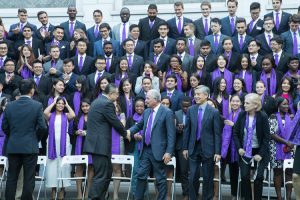 As I graduated GraSPP in September, I had six additional months before officially starting work in the spring of the following year. I decided to make use of the time to obtain a master’s degree in Global Affairs at Tsinghua University Schwarzman College. At the time of my application for the fourth cohort of Schwarzman Scholars, there were only two Japanese students in the past three cohorts since its establishment. I decided to pursue this challenge, with the learnings I gained through the interactions with MPP/IP students with diverse backgrounds, to understand the world through the lens of future global leaders.

I am currently working for the Ministry of Foreign Affairs. Although I have just begun my career, I hope to move forward step by step, all while embracing the valuable experiences and spirit of challenging the unprecedented that I had lived out at GraSPP.