― You started at The University of Tokyo as an undergraduate? 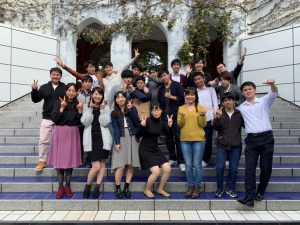 My parents had urged me to study overseas, and in my third year in high school I applied for a program run by Japan’s Ministry of Education, Culture, Sports, Science and Technology. As I was lucky enough to qualify, I did a year of preparatory study learning Japanese at The Tokyo University of Foreign Studies before starting at the Faculty of Economics, The University of Tokyo, which features excellent researchers and teachers together with a well-stocked library. One of the things that surprised me the most when I started as an undergraduate was how few women there were.
Added to that, because my department had only 5% overseas students, I felt myself to be very much in a minority, being both a woman and from overseas. In contrast, this sense of being part of a minority all but disappeared when I started at GraSPP this year and found myself among people from a wide range of backgrounds, including different nationalities and ages. I like the comfortable atmosphere where you feel free to talk to people even if you don’t yet know their name, such as commenting on how hard the day’s lesson has been. I also find it interesting how many students have an awareness of the issues, having heard recently that a voluntary group for female empowerment has been started by students.

― It’s certainly true that GraSPP has students from many different countries and age ranges. 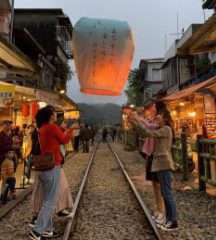 While it is always the case when a large number of people get together that their opinions will differ, I find it constructive that such differences can be overcome through mutual discussion. While there are all sorts of definitions of what it means to be “international”, for myself, communicating with people in ways that do not discriminate or judge on the basis of each other’s nationality is a major component. Obviously, being Korean and a woman are both aspects of who I am, but even so, the best relationships in my view are those in which you can talk to each other without impressions being filtered by the person’s nationality or gender. While these things differ from person to person, one example is how much I prefer being introduced to someone I haven’t met before not as an overseas student from Korea but as a “tomodachi” (friend). While it is not unusual for the subject of nationality to come up when getting to know someone for the first time, I look forward to developing a mutual understanding with the person in the hope that I will be able to talk to them further. Given that there is still so much I don’t know about Japan despite having lived here for six years now, I am in no position to pass judgment about Japanese people having particular traits or to say that things are done in such and such a way in Japan. Likewise, one of the benefits of having been an overseas student in Japan is that it has freed me from stereotypical thinking about how things are in places like China or America.

― Why did you choose to major in economics?
It was participation in volunteer work as a high school student that first prompted my interest in the subject. Out of concern for the problem of poverty, I joined a project to provide footwear to children in Africa who were prevented from going to school by the simple physical problem of lacking shoes. As collecting donations to buy new shoes for sending to the recipients was fraught with all sorts of problems during delivery, sometimes resulting in the shoes never reaching the children, our project involved drawing an attractive design on white shoes and sending these. I acquired my interest in development economics by thinking about questions such as why poverty happens and why past attempts to overcome it have proved ineffective. As my undergraduate studies did not go far enough, I chose to go on to graduate school. Right now my aim is to study hard and grow as a person, while in the future my hope is to find work that is beneficial to society.