― It is very rare for someone in Japan to enroll in a graduate school more than a decade after obtaining a bachelor’s degree. What prompted you to do this? 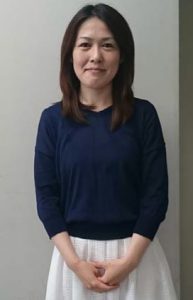 It was suggested to me at my work (at the Secretariat of the House of Representatives) that I should study at graduate school. In fact, going to graduate school was something I wanted to do, given the opportunity, and I had indicated this in a work opinion survey. So I was delighted when I found I would be able to study at GraSPP. Of all the national and public graduate schools in the Greater Tokyo Area I could have chosen, I went w ith GraSPP because what it offered was the closest to what I wanted to study. Also, an older man at my work had graduated from the school. He had been there seven or eight years ago, and when I went to talk to him about it, his comment was that, although GraSPP may have changed considerably in the intervening years, he was very glad he had gone there.
I have always wanted to work in a governmental agency and while I started as a non-career employee, once there I found there was no difference from the work of a career staff position and that the workplace was very fair and easy for a woman to work at, without any discrimination between male and female employees. I am very lucky to be able to work there. The attractions of the workplace included the comparatively large number of opportunities it provided, albeit of a limited scope, to come into contact with a different world, including dealing with ministries and government offices. I had once been temporarily assigned to the Ministry of Land, Infrastructure, Transport and Tourism, and it was a good opportunity to see the difference between the
executive and legislative branches of government.
Prompted by my job preparing documents summarizing the points at issue or other data relating to proposed legislation and providing it to parliamentarians, the motivation behind my desire to attend GraSPP was the feeling that I ought
to do more study to improve my underlying capabilities. I also wanted to expand my horizons.

― How are you finding the lectures?
The fact that so much of the teaching is linked to actual policy has made me glad I chose to come to GraSPP.
In the Principles of Microeconomics course taught by Professor Tatsuo Hatta, which I am taking this semester (S1), not only is there much that relates directly to actual policy, it is also valuable because of the opportunity to hear a lot about the professor’s candid views. It was very condensed and packs a lot into a short time. However, I need to balance this with other courses and it preys on my mind that I have had to defer two of the four credits I need in economics until next year. What is worse, the courses I plan to take next year will likely be in English, which is not my strong point. I get an ominous feeling whenever I think about it.

― Is there anything you have found difficult about going back to the life of a student?
There are times when I don’t understand what some of the younger people are talking about and I don’ t feel like I can inquire on the spot. I really ought to just ask and not be so timid about it.
I have also joined up with LINE. Seeing as it wasn’t needed for work, I had never used social media before and I was able to get by with just an old-style mobile phone. I had been wondering to myself, though, that social media and a smartphone would be essential I became a student once again, and just as I had anticipated, everyone started exchanging their LINE accounts as soon as we started class. So I had to race off and buy a smartphone.
As Professor Tsujita set up a Facebook group for a case study course, which is used to upload course material, I have also joined Facebook. I am now making a tiptoeing start with both LINE and Facebook. I am astonished at how today’s younger generation is so savvy about IT tools and social media.