Student Interview No.22 (from Newsletter No. 44)

― I understand you were sent here by the National Personnel Authority. 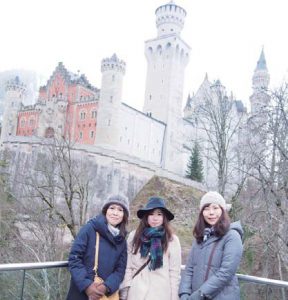 I came here under a national scholarship program run by the National Personnel Authority. This program is offered to interested staff from government ministries and enables them to engage research activities at graduate schools in Japan. I worked at the Ministry of Internal Affairs and Communications in the area of telecommunications. I was engaged in formulating competition policies in a mobile phone market. This fostered my desire to study at graduate school so that I could learn more about the laws related to the field of policy formulation, and gain knowledge of economics that can be used to analyze the effectiveness of existing policies. The National Personnel Authority program lets you take the entrance exam for any graduate school you want, so long as it is a public university. A dozen or so people are chosen each year from across the different ministries and agencies.
When I talked to an older colleague who had been sent to GraSPP in its early years, I was advised that GraSPP was ideal for what I wanted to study, with a flexible curriculum that doesn’t just focus narrowly on law, economics, or politics.

― Having completed your first year, how are things going? 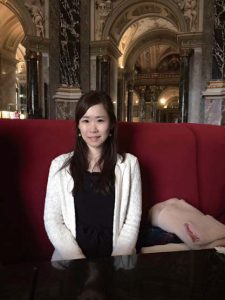 There are a lot of classes I would like to take, but with GraSPP having a limit of 38 on the number of credits you can obtain, I have attended some courses both inside and outside the faculty as a non-regular student. The courses “Regulation Policy” and “Law and Economics” given by Professor Toshihiro Matsumura are directly relevant to my work and have a lerted me to aspects I hadn’t considered in the past. I was also interested by the three case studies on “Public Administration and Society in the Digital Age” by Professor Hirokazu Okumura. While the case studies raise a wide variety of issues, including the transition to a participatory society enabled by ICT, greater transparency in government through the publishing of data, and improving administrative efficiency through measures such as e-government and the social security and tax number system called “My Number System” in Japan, they are all predicated on the expectation that the nature of government and the relationship between administrative government and its people will change in the future. Almost all approvals at my own office are now done electronically, with nobody using a seal any more. The “Basic Knowledge and its Application in the Field of Legislation – Policy-Making by Constitutional Government” of Professor Hideyuki Toyama has also proved beneficial, providing an opportunity to learn systematically on essential knowledge for legislation.
Living the life of a student once more, although I feel a little self-conscious about the difference in age between myself and the other students, because many of them are interested in getting a job in government, I believe it might be helpful that I tell them my own job
experience in that environment.
Currently, I have moved on somewhat from my initial interests to pick up on the “nudge” idea and attend the Nudge Unit of the Graduate Program for Social ICT Global Creative Leaders (GCL). “Nudge” is the idea of taking advantage of human nature to encourage people to adopt better behaviors while still preserving freedom of choice. In place of the past top-down approach of telling people how to behave, it stands for gently guiding (“nudging”) them in the right direction. I believe this will be useful in the formulation of future policy that does not involve legal coercion. I suspect I would have remained ignorant of this interesting idea had I not come to GraSPP.