Tokyo opened the door to the World 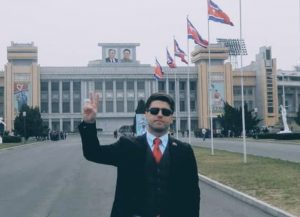 The University of Tokyo was the last chapter of my Japanese decade. The culmination of studying at three different universities, working at the Embassy of the Republic of Albania and experiencing the capital and the archipelago to its geographical, philosophical and sensory maximums. The “Pivot to Asia”, besides from being a foreign policy initiative, it was also a personal shift in academic focus. Just like former President Obama, my schoolfriends and I hedged our bets on the dawning of the Asian century. The rapid economic and technological expansion coupled with dramatic changes to the geo-political landscapes resembled the industrial revolution days in Europe, with the only difference being an increased awareness for the environment. What can be a better window on understanding Asia, than Japan!? A modern and yet traditionalist country equipped with a vibrant sense of purpose, a solid scientific and artistic repertoire with excellence in scholarship. I chose Japan as my home county for the most exciting decade of a lifetime…and that has made all the difference. 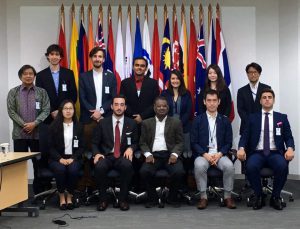 I completed my Master in Public Policy International Program in 2016, after two exciting years at Hongo campus. The school load was intensive, in particular for working individuals who are used to juggle several professional and social engagements. However, with a myriad of great courses, great friends from all over the world and the generous help of the MEXT scholarship, one cannot but be thankful and humble to the fantastic opportunity.
Among the courses that I still remember vividly are “International Conflict Study” by Professor Fujiwara and “Human Security: Asian Perspectives” from Professor Shani. Coming from an American educational background, it was paramount to understand in depth alternative viewpoints from other regional and global actors in international relations. Besides the academic tenets, the mere experience on confronting your views in class with bright students from Japan, China, the US, Russia, India, Brazil and up to the Pacific Islands was transformational.
Yet, GraSPP was so much more than books, papers and theory. Owing to case study courses, such as International Field Work with Professor Nishizawa we roamed India, Singapore, the Philippines and Indonesia meeting with political stakeholders and social activist in a great journey of meeting of the minds. In addition, participating in Energy Security and International Organizations case study by former IEA director Nobuo Tanaka, I attended an internship at KEPCO headquarters in Osaka, where dedicated specialist painstakingly explained the nuts and bolts of the energy market in the Kansai region. It was an eye-opening emprise to observe how global fluctuations in the energy markets and the Fukushima-shock could influence the uranium stockpiles at nuclear power plants and the future of our species.
Sadly, two years went by fast. Equipped with knowledge and experience, my days at Todai came to an end, opening the door to countless opportunities. 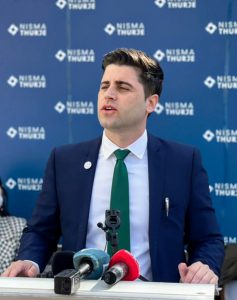 With the degree from the University of Tokyo one is limited only by its limitations. Some of my friends returned to their original government jobs, usually with a pay raise and a bump up. The more pragmatic ones went into banking or financial consulting, reaping the monetary benefits of their investment. The morally conscious are trying to make a difference in communities and societies by joining nonprofits or starting small companies. Well,…I entered politics!
Upon returning to Albania, after a four-year stint in Germany where I studied the future language of Europe, I joined the ranks of a new political party, The Hashtag Initiative (Nisma #) and participated in the parliamentary elections for a seat in my hometown. We are a group of foreign educated youngsters, entering Albanian politics with ambition and new ideas. My first political campaign did not go as well as the polls suggested, but it brought me into the public limelight. This is just the beginning of a career in public service, with dedication and some luck. 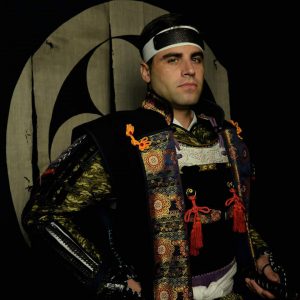 Since this piece of writing might influence potential students who are browsing GraSPP, or people who are already registered and looking forward to sitting in real classrooms, after this terrible pandemic is over, few words of advice that I wished somebody had given me after I set foot at Akamon.
First and foremost, try to reach across the Japanese isle by making contacts and build friendships at every opportunity. There is nothing more rewarding than being at an international meeting representing your country and having a fellow GraSPPer on the Japanese side as a potential partner.
Use the time wisely and join programs such as STIG or GSDM to complement your studying with interdisciplinary approaches. Develop contacts with fellow professor and follow their academic publications. It will help your greatly to further your understanding and preserve a bulk of knowledge, which otherwise will fade away when the focus shifts to the daily workload.
Lastly, if you intend on making Japan a second home, take time to learn the language.