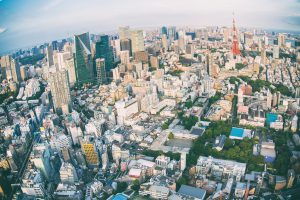 Having studied abroad briefly in Japan as an undergraduate student, coming to Tokyo wasn’t an entirely unfamiliar – that being said, my year at GraSPP has nevertheless been a time of unexpected exploration, excitement, and learning.

As a dual degree student from the School of International and Public Affairs (SIPA) at Columbia University, I came to GraSPP with the hopes of studying policy issues from East Asian and Japanese perspectives. I have been pleasantly surprised by the degree to which GraSPP has not only been able to provide the course offerings that I sought, but also a diverse and international environment that is every bit the microcosm of the world that SIPA is. The combination of the two – an international student body and a graduate policy school in Japan – represents a unique experience that I believe few other places can match. As a member of the GPPN network, GraSPP does a superb job of providing ample opportunities for students to go abroad or interact with students and practitioners visiting from partner institutions. 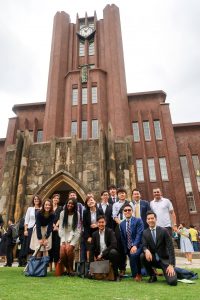 Over the course of the past year, I have been impressed by the supportive and intimate community that GraSPP has been able to develop. The professors and administrative staff are genuinely invested in the success of the students here and have often gone out of their way to help us in matters both personal and academic, and are easy to reach out to. The student body – including both Japanese and international students – have actively reached out to each other to build bridges and work together. I have personally had the opportunity to develop friendships with people from all over the world – my friends from Singapore, South Korea, France, Brazil, China, Germany, Indonesia, Mongolia, the UK, and more – have been an integral part of my experience here. As someone who has spent the vast majority of his academic career in the United States, the vast range of opinions and nationalities, with none in particular dominating the classroom, is in some ways a fresh breath of air.

While I’m sure that many of my peers can attest to the occasionally frustrating moments associated with dealing with an unfamiliar system (both in and outside of school), I’ve also found my experience living in Japan one that has helped me to aim analytical skills honed in the classroom and in the workplace to real world problems that are the result of different policy decisions and cultures. unexpected exploration, excitement, and learning 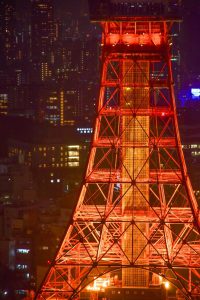 In a roundabout way, I’ve appreciated the challenges that I’ve encountered here – the comparative view of policies and practices across a range of countries is one that I’m confident will serve me well in my career.

For anyone who is considering coming to GraSPP, either as a dual degree student or as a student who wants to spend both years here, reach out to current students and alumni – it might be a great fit for you. As for myself, GraSPP has played an important role in preparing me for my next step professionally – I’ve been able to land a job in Tokyo as a result of coming here. In many ways, coming to Japan is a contrarian bet – relatively few people are interested and fewer yet actually do it – but one that just might pay off.