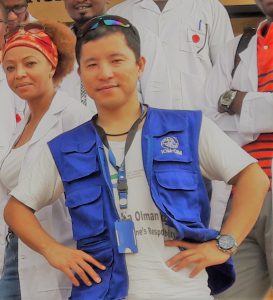 I currently work at a United Nations-affiliated organization called the International Organization for Migration (IOM). I have been living in Sierra Leone since 2016. Thanks to GraSPP, I was able to shift careers paths from being an information and communications technology consultant to a project manager at an international organization.

During my coursework at GraSPP, I had the chance to learn from professionals from a number of public sectors from all over the world. One of the most memorable courses I took was the “UN Security Council Seminar” offered by Mr. Hiroshi Matsuura, a former member of the Permanent Mission of Japan to the United Nations (UN). In Mr. Matsuura’s class, we learned how to interpret UN Security Council Resolutions through in-depth analysis and discussion.

While I always maintained an interest in the issue of crisis resolution in international politics, before joining GraSPP, I had never read nor analyzed this type of document. Today, this kind of training remains an invaluable asset to me and my work at IOM. 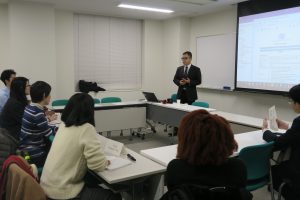 I know for a fact that my days at GraSPP helped me develop the career that I now have at IOM. More than half of current GraSPP students are from abroad and many have professional backgrounds in public policy, working for ministries or central banks. With this understanding, I strongly urge that anyone who is interested in pursuing a career in the international realm –whether it be as a diplomat or an international development practitioner—join GraSPP to see your dream realized. Best of luck in all your future endeavors!