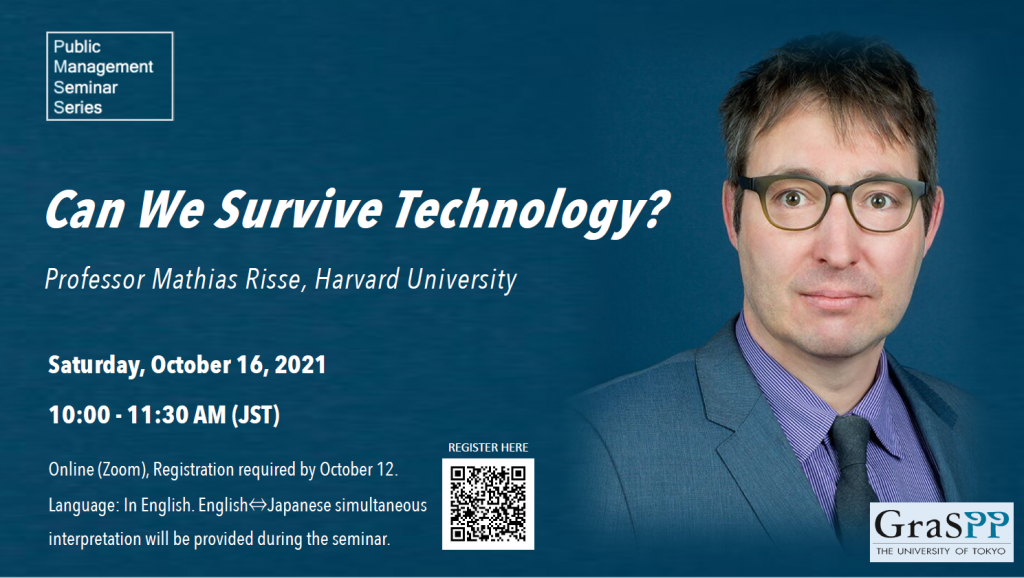 Can We Survive Technology?

Abstract: ‘Can We Survive Technology’ is actually the title of a 1955 article by John von Neumann, one of the 20th-century’s greatest scientific and technological geniuses whose work, among other things, set the stage for digital computers. Towards the end of his life, just when the digital era was about to be launched, von Neumann became very anxious about humanity’s ability to continue to exist given all the technological developments humans had initiated. It’s now been almost 70 years since the publication of that article, and the worries have become ever more urgent. This talk offers some philosophical and public-policy-oriented reflections on how to think about the challenge, and on what a possible solution might look like.

About the speaker: Mathias Risse is Berthold Beitz Professor in Human Rights, Global Affairs and Philosophy and Director of the Carr Center for Human Rights Policy at Harvard University. His work primarily addresses questions of global justice and the future of technology, especially also the impact of artificial intelligence on a range of normative issues.