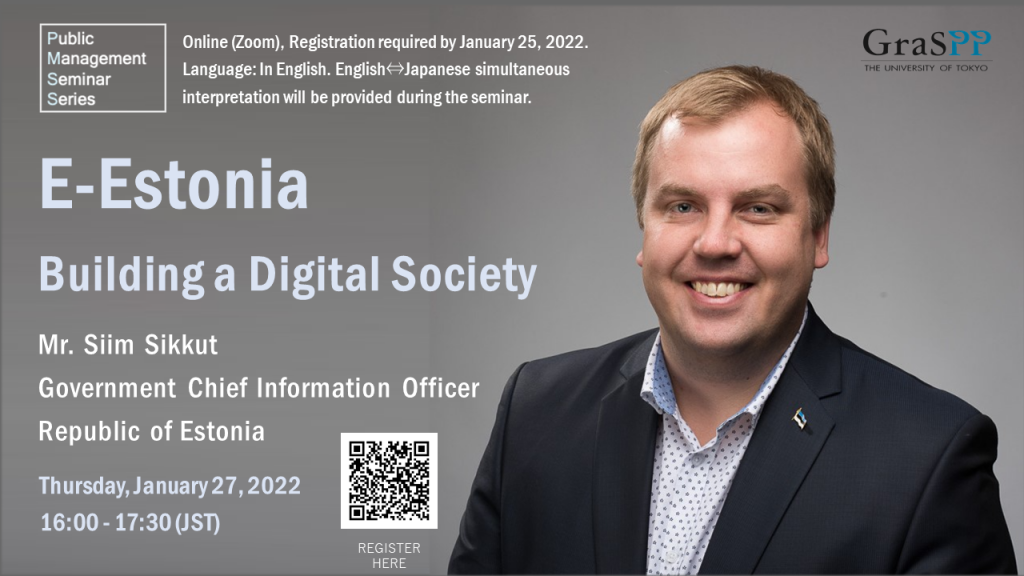 Abstract: Estonia has been making the most of digital technology for building a better government and society for the last 20+ years. Siim Sikkut, the current Government Chief Information Officer for the Republic of Estonia, will introduce the foundations of this journey and lessons learned along the way. Siim will also talk in more detail about Estonia’s next steps (including proactive services and AI-powered government).

About the speaker: Siim Sikkut has served as the Government CIO of Estonia and Deputy Secretary General for Digital Development in the Ministry of Economic Affairs and Communications since 2017. His role is to set the strategy and policies, and to launch and steer strategic initiatives and regulation in areas of digital government and national cybersecurity in Estonia. Siim is one of the founders of Estonia’s groundbreaking e-Residency program. He was nominated as one of the world’s Top 20 most influential people in digital government by Apolitical, a website for public servants and policy makers.