Seek for “Asia”: Great Promenade in a Life

First of all, I would like to express my gratitude for the opportunity to share my experience with this wonderful program. In most cases, recounting own experience is a great way to organize one’s thought.  By arduously collecting my scattered memories, encountered on this program, I would like to get started with writing sentences ahead.

What do people imagine when they hear about “Asia”? Sometimes, challenging the prevalent notions can deepen our understanding of the world surrounding us even further. My main motivation to join the program was related to the question above. In our daily lives, we may take our identity as an Asian for granted. This makes sense because all the three countries, China, Japan and Korea are geographically located in Asia. Foreign people in other regions on the globe would distinguish people in these three countries as Asian based on the physical features. However, there remains some room for doubt. Things can always change quickly and never be the same. Up until now, Asian societies have undergone drastic changes, and the pace of this transformation seems to be accelerating. Even geographical notions are subject to change as well. The notion of ‘Asia’ might be just temporary for convenience. Its dynamism illustrates a vast array of possibilities for further transformations in diverse dimensions.

In this period of “emerging Asia”, every action taken by Asian communities are coming to the attention of external players. Some scholars have pointed out the notable shift of gravity in the international arena from Europe to Asia-Pacific (or Indo-Pacific), labelling the 21st century as a century of Asia. Namely, it’s been long since the rise of China has ignited negative responses in many countries. While the Asian community is enjoying rising living standards and are envisioning their future development, it is also concerned about the potential conflict escalation in the region. Collisions over fundamental values, sovereignty and national security, regional hegemony, legitimacy in history have only complicated the interstate relations, leading to unresolvable dilemmas. 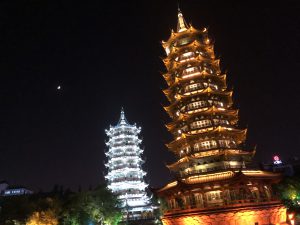 Sun and Moon Towers in Guilin, southern China, where I traveled on my own

In Beijing, as a person from a country with different ideological value, the environment of CAMPUS Asia program has stirred my academic interests. A particularly profound impression was left by a class of a professor, who lost his friend in the1989 incident, and was critical towards the government. He seemed to be concerned, as a scholar, that he can’t express what he wants to deliver, deploring lack of freedom of speech. One crucial insight from him was regarding the US-China relations in the early 1970s, which is now considered to be winning statecraft against USSR by Nixon-Kissinger. However, it will be perceived as the worst foreign policy in the future, since it carelessly revitalized China, thus causing conflicts between them. Although thinking this way may be seen as a biased approach, re-interpretation of this historic diplomacy was a brain-teasing discussion point. Therefore, I became interested in the history of the mid-Cold War period in Asia and plan to research about related issues for my dissertation. 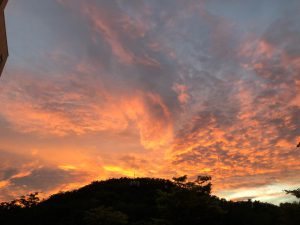 In Seoul, one professor posed the following question “What is the Japanese dream?,” referring to the “Chinese dream (中国梦)” and the Korean dream, which is realizing the unification of the Korean peninsula. I managed to answer in front of many international students in the class, but I knew that it ironically showed non-existence of the Japanese dream. Although having a national dream would be vital for a vibrant society, Japan has come at a stalemate. Thereafter, this question sometimes comes up in my mind and reminds me of something important.

Another professor made me consider the way I live. In the midst of severely worsening relations between Japan and Korea, concerning historical issues, in the latter half of 2019, he taught me the significance of academism. He made me realize that academism could offer potentially fair perspective regarding controversial issues, and contribute to the foundation of a future-oriented conversation, which will assist in challenging the bias stemming from misperception and misunderstanding of facts. Through his class, I had an impression that it would be hard for a person, as a Japanese specialist in Korea, to face criticism from own society over disputable questions, when insisting on his thought. An important thing that I learned from him is the importance of such a tough academic attitude. If you believe it’s meaningful to society, you should not give up on your ideas based on factual truth, against illusionary biases among the mass. Furthermore, owing to the timing of tension between the two countries, students in the seminar could participate in in-depth discussions with great attention, and thus we could exchange our views and obtain valuable insights. 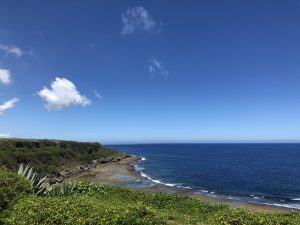 Beautiful sea at Peace Memorial Park, Okinawa, we visited as field trip, hoping the peace in this sea

Field trip experience is full of great cherishing memories. Apart from daily studies in the classroom, we could encounter literally breathtaking sceneries, and taste beautiful dishes and beverages in unfamiliar cities and countryside. Under such an environment, interaction among friends can bring invaluable insight, while also learning about new cultures, industries, and visiting important historical sites. Students could share a short but a long-lasting wonderful moment in every field trip to each three countries, making lifelong friends with common unforgettable memories. We enjoyed great seafood and local black pork in Jeju island of South Korea and got drunk with numerous Maotai bottles in Guizhou, China. Also, I will never forget the moment, at the Peace Monument in Okinawa, looking ahead astonishingly blue and beautiful ocean, making us consider future peace in the region.

One more important thing I realized through this program is that, although it sounds a little ironic, to understand Asia we need to grasp the outside of Asia well. We are now witnessing the great-power confrontation in the international arena. This phenomenon cannot be limited to within Asia. Arguably, it has inter-regional and worldwide implications. I learned that it is also important to know how influential countries’ or regions’ perception of Asia. This realization came to me after visiting the base of the US Marine Corps in Okinawa, and witnessing a lot of the US national flags raised by Korean citizens in a demonstration at Gwanghwa-mun square, and through discussions among international students in Beijing. Communication with international students made me notice how they perceive the people who constitute Asia. A lot of African students learning Asian development in Seoul exemplified that Asia can be seen as a successful case of development to learn from. Asia cannot tell what Asia is without the outside of Asia. We need to go along with ever-changing greater diversity and dynamism not only inside Asia but also through interaction with the outside. (Even surprisingly, CAMPUS Asia, in actual sense, is just CAMPUS “North East” Asia!)

To sum up, I would like to finish this short essay by noting the value of studying abroad. It can be an attempt to set yourself free from the values of your society. Sometimes, such liberty entails huge responsibility, solitude and toughness. It would be, however, one of the greatest joys to broaden your spectrum worldwide both physically and mentally, touching upon an uncountable number of values and colorful ways of living, while also encountering many wonderful people. I believe, when you have a hard time, all the cherished memories with good friends will always be a fanfare, encouraging you to pursue your own path in the future.